Repair and replacement of a laptop video card

Repair and replacement of a laptop video card 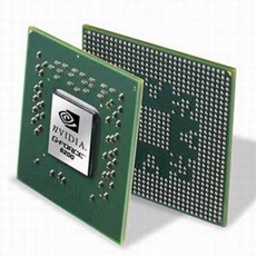 A video card is one of the components of a computer, a laptop or a monoblock, which is a video chip and a diagram of its inclusion. The device is responsible for transferring graphics to the monitor, converting the incoming data to the video signal. Video cards come in two types – built-in and discrete. Modern video cards have different power and performance, affecting the quality of the picture on the screen. Users who use graphic programs or are addicted to computer games often need to replace a video card on a laptop with a more powerful one.

The reasons for the device outage are not so many, the most popular of them:

For prevention, you should periodically clean the cooling system and apply thermal grease to the parts, observe the rules of use.

Symptoms of a malfunction

If the device fails, the graphics processor, video controller or video memory fails. The breakdown of the video card makes a conclusion on the appearance of the following signs:

The cost of replacing a video card on a laptop depends on the model of the device, modern high-end graphics cards are expensive, so often notebook owners prefer to replace them with a repair.

The malfunction of the part is a serious problem, as the computer becomes unusable. Specialists do not recommend to manipulate the video card with their own hands. Our service center offers Minsk residents the services of repair and replacement of video cards in notebooks Acer, Asus, Toshiba, Lenovo, HP, Dell, MSI, Sony Vaio, Samsung and other brands. We will make a qualitative repair or reballing the video card, while the price of repairing the video card in Minsk in our workshop will please you.